Choosing the perfect train for your wedding gown will require careful consideration. It has the potential to completely transform your dress. A train is extended fabric that is either attached to the shoulders like a cape or is part of the skirt, either detachable or overlay, trailing behind the bride as she walks. In general, there are five types of wedding trains to choose from. Sometimes trains are a part of the dress and some are detachable. The tradition of wearing trains goes back to the middle ages, where the length of the train on a brides wedding dress indicated her social status. 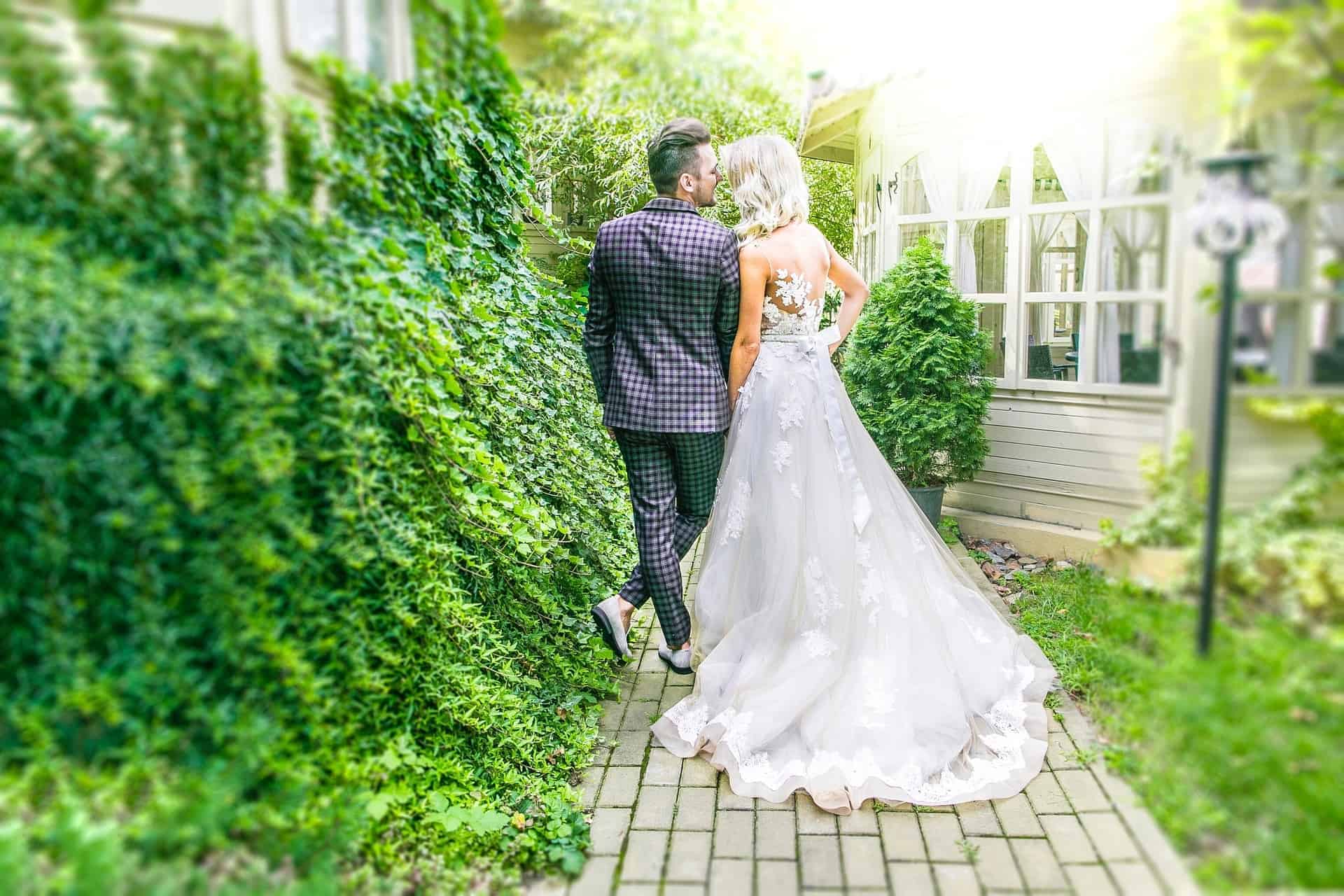 “When you go bridal gown shopping, hopefully, you’ve got some ideas of the silhouette and neckline you’re looking for. But the wedding dress train style is something to be carefully considered. If you are getting married outdoors, for example, a long train will get dirty fast, and if you’re getting married in a large cathedral, you can probably pull off that monarch wedding dress you’ve always dreamt of.”

Wedding dress trains come in different designs, fabrics and lengths. You just need to find the perfect one for your chosen gown.

The Watteau train was first seen on sack-back gowns worn in the 18th century. Unlike other trains, the Watteau is attached to the shoulders or the bodice of your dress. The Watteau trains are elegant and create a whimsical feel; they are perfect for strapless design wedding dresses.

Also know as the brush train, these are the shortest of all wedding dress trains, it barely brushes the floor at about one and a half feet. These trains are casual and informal, they are typically seen on informal bridal gowns. These trains are great for outdoor and location weddings.

The ‘Chapel’ length train is the most popular train. It extends around 4 feet behind the dress, measured from the back of the waist to the end of the train. This design is elegant and versatile.

The more formal train is the Cathedral. It measures from six and a half feet to seven and a half feet from the waist. The cathedral is sometimes called a Monarch train and is usually seen at royal weddings. This train offers a dramatic look to a wedding dress. The train usually pairs with the Cathedral veil. The semi-cathedral is the train in between the Monarch and the Royal. It extends approximately six to twelve feet from the waist. Kate Middleton wore the semi-cathedral train when she married Prince William in 2011 – it measured almost nine feet long!

The Royal is the grandest of all. Again, these trains are usually seen on Royal brides. The Royal is the longest train and extends approximately six to twelve feet from the waist. A bride who wears this train would require assistance because of the vast length. The longest Royal train extended twenty-five feet, famously worn by Princess Diana on her wedding day.

If you have any questions relating to having your wedding at Clearwell Castle, please don't hesitate to call Charlotte via the contact details below:

Our top tips for personalising your hen or stag do

How to plan ahead for cold, wet weather – an essential guide for winter weddings

Things every winter mini-breaker should add to their itinerary